1. This is a scientific test done under controlled conditions where just one or a few factors are changed at a time, while all others are kept constant.

2. The sum total of the biochemical reactions occurring in an organism, the process by which your body converts what you eat and drink into energy.

3. They must use energy and consume nutrients to carry out the chemical reactions that sustain life.

5. This is a process where heritable trait that provides a fitness advantage may become more and more common in a population, making the population better suited to its environment over generations.

6. In a covalent bond, what comes from the shared electrostatic attraction between the two positive charged atomic nuclei and the shared negatively charged electrons between them?

a. the stability of the bond

c. a distinct group of atoms

7. An object at rest remains at rest unless acted upon by an external force, or if in motion, it continues to move in a straight line with constant speed. What is this law of motion set forth by Isaac Newton?

a. Law of Thermodynamics

b. Law of Inertia

8. When the match is struck, what heats the head to a temperature at which the chemicals react and generate more heat than can escape into the air, and they burn with a flame?

9. Who believed that species survived through a process called natural selection, where species that successfully adapted to meet the changing requirements of their natural habitat thrived, while those that failed to evolve and reproduce died off?

10. Who was the founding father of Psychoanalysis, a method for treating mental illness and also a theory which explains human behavior?

11. These are rocks formed from magma in the Earth’s mantle that generally do not contain fossils, do not react with acids, can be made of different minerals and may be glassy in appearance.

12. They live in all kinds of habitat but most live in the ocean and are one of the pillars of the global marine ecosystem. They have several pairs of legs and a body made up of sections that are covered in a hard outer shell like crabs and lobsters.

13. A zoological term that refers to animals that produce eggs but retain them inside the female body until hatching occurs, so that live offspring are born.

14. What do you call the microorganisms that cause disease?

15. One of the main branches of chemistry that studies chemical process that occur within living organisms.

16. These are sugars and starches, the chemical fuels needed for our cells to function.

17. What do you call these changes that include changes of state such as ice melting to water evaporating to vapor?

18. The rusting of steel garbage happens because the iron (Fe) in the metal combined with oxygen (O2) n the atmosphere. This is an example of :

20. What is this dominant theory of heredity that suggest that each parent contributed fluids to the fertilization process and that the traits of the parents blended and mixed to produce the offspring.

A verb is a word that signifies action, occurrence, or state of being. A verb shows what someone or something is doing. Example: talk, walk, 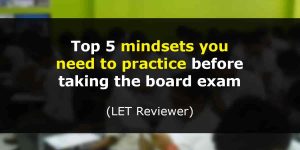 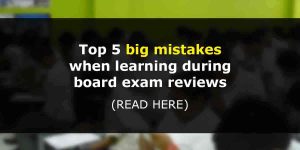 Conjunction is a word that connects two words, phrases, clauses, or sentences together and shows how they are connected. I. Coordinate or Coordinating Conjunctions are

Interjection is a word that denotes or expresses emotion or sentiment in a sentence. They sometimes stand by themselves, but they are often contained within

Preposition is a word that denotes the relationship between two individuals or entities in a sentence. They can indicate time, place, or relationship. Examples: at,

Adverb is a word that qualifies or changes the meaning of verb, adjective, or another adverb. It tells how, where, when, how often, or to

A verb is a word that signifies action, occurrence, or state of being. A verb shows what someone or something is doing. Example: talk, walk,